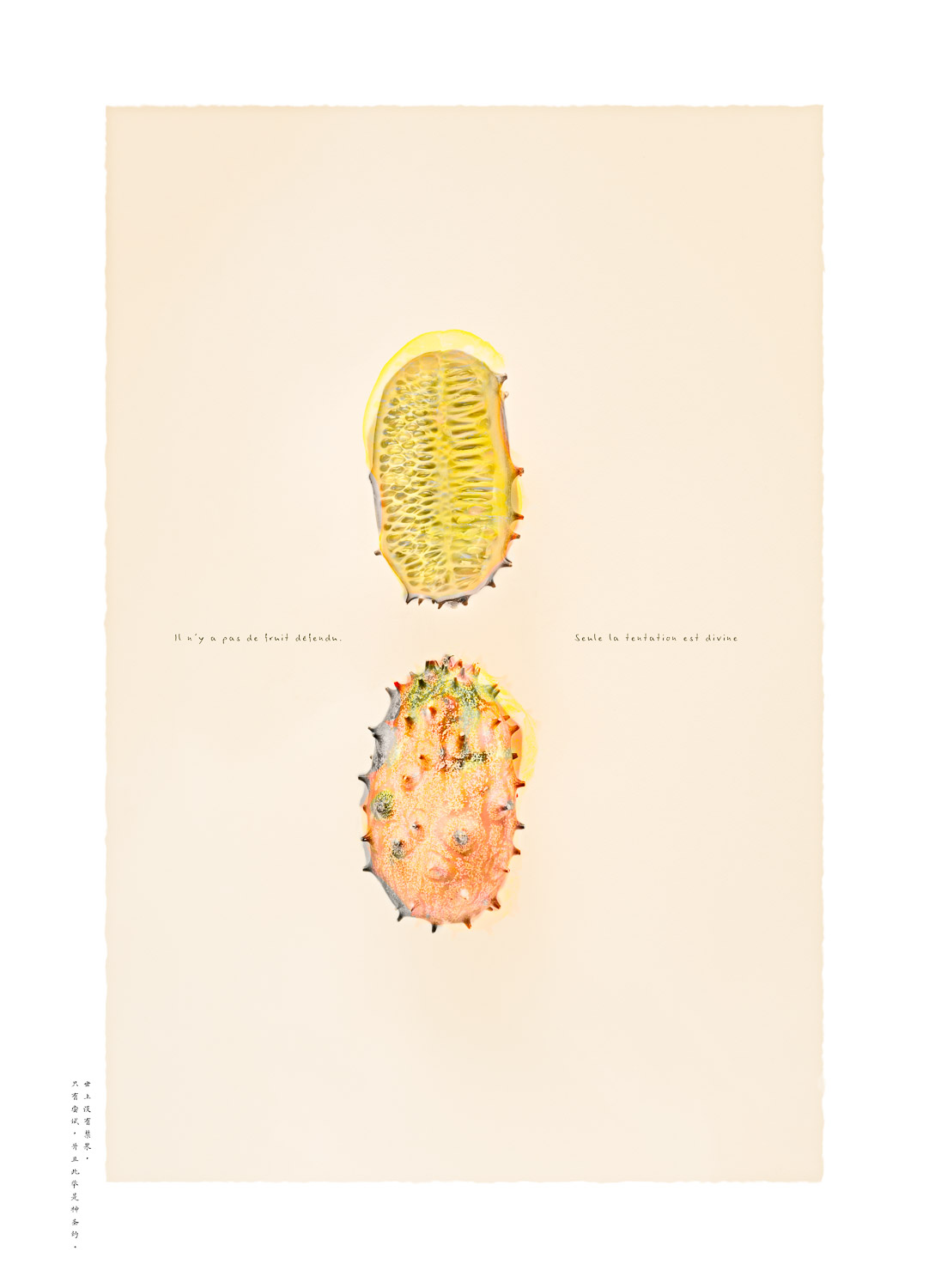 What is left for me to express about my encounter with China? How to explain that here so many things seem strange to me, unknown and mysterious?

So, I had to look at the heart of what links humanity and finally I found it! Food. Along with language, it’s one of the vital elements common to all humans, but it’s also a cultural marker, of what differentiates one from the other. Food is at once connection and distance. Paradoxical, isn’t it?

So, cooking will be my pretext for the expression of a certain cultural gap, or rather the raw ingredients I come across on market stalls and which are enigmatic to me. And which will remain so, as long as I am unable to read their names. Ask my fellow shoppers or open the dictionary.

Bewilderment can be a good thing in that it stimulates the imagination as well as memory. As if by enchantment, texts I had learned in my youth have at times resurfaced in my mind and brought the necessary poetry to these harmless vegetables and fruits that had been transformed into wicked things by my ignorance. The rest is pure invention.

Inevitably, the result is amazing and often unexpected, a strange mix of known and unknown, sprinkled with humor and self-derision, in order to laugh, to smile. Because, yes, laughter also belongs to all of humanity, which, these days, it would be unfortunate to do without!