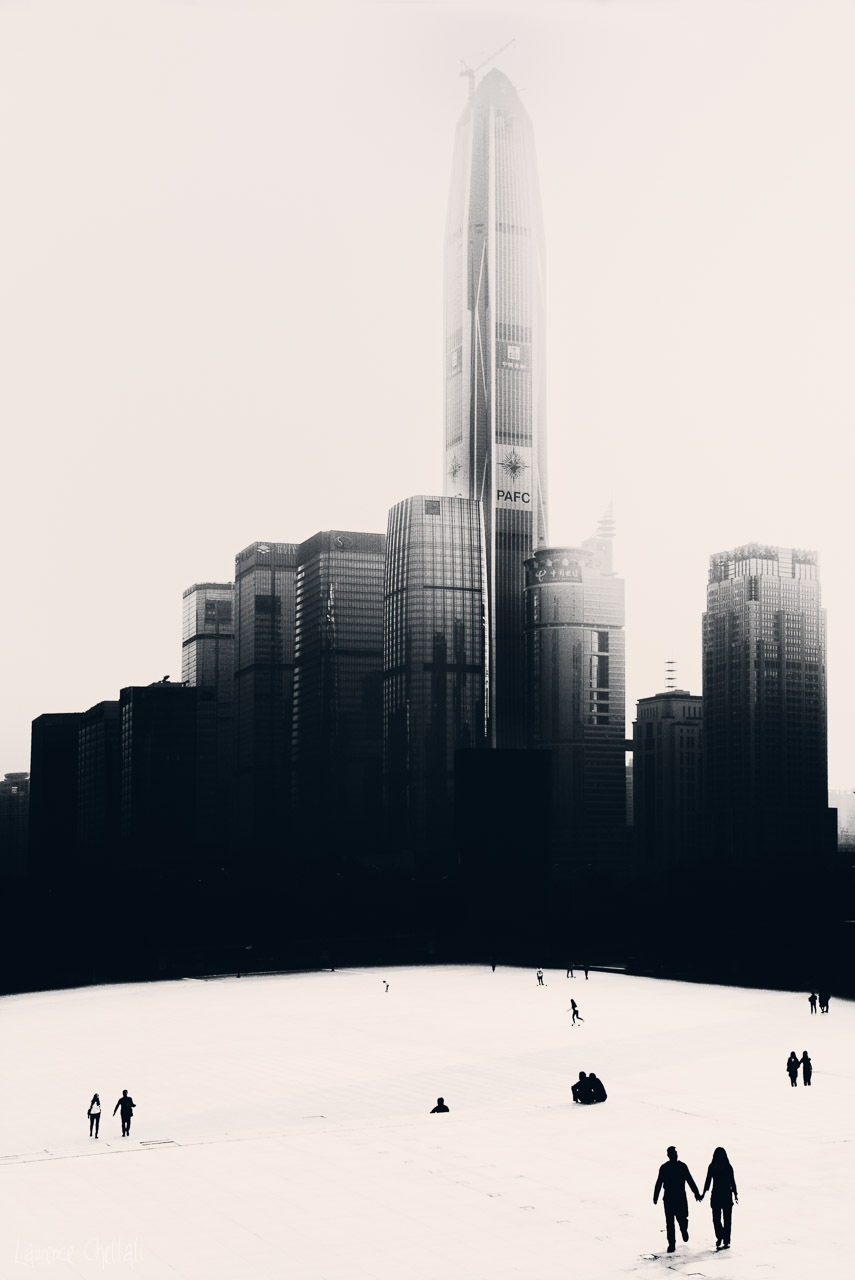 First country in the world by its number of inhabitants, first polluter (57th relatively to its population), 3rd largest country, unique nation having built a wall over a period of more than 2000 years (8800 km long), the China is the country of excess.

It is also the country with the fastest economic growth in the history of humanity and the rate of its modernization doesn’t follow the traditional relationship between men and its environment. From the labyrinthine lanes that made up the heart of the cities, the urban landscape changes profoundly from then by articulating along avenues composed by 6, 8, sometimes 10 lanes. Here, spaces seem to stretch to infinity. Makers of emptiness and fulness, they lengthen the perspectives, make distant the horizons and develop in the verticals. Cities are overpopulated? Yes … But no … Millions of people seem to disappear in these spaces punctuated by concrete, steel and glass. Even inside the modern buildings, humans occupy only a tiny portion, as if they were sucked by the bare space.

From a functionalist model inherited from the Mao period, China now aspires to associate this post-modern urbanization with the integrationist model. At the heart of this project, the “sheshui hexie” (harmonious society) and the “zhongguo meng” (Chinese dream). The Chinese society, which is only 50% urbanized, is a laboratory of the city of the future where infinite and rational spaces seem to irreparably absorb those of traditional neighborhoods.

“I can not separate neither in my heart nor in my head, the photograph of the whole of the activities of a man, of all the actions of a society, with their virtues and their failures.” – Lucien Hervé

Edition of 6 and 2 artist proofs