« Through my eye » a été sélectionnée pour « Color story » 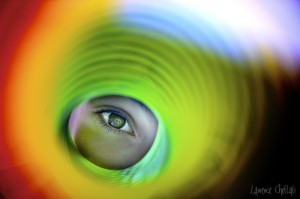