Ever since our Ancestors became civilized, we rely on rituals to help us envisage Eternity as a possible project. I applied this thought to my Mother’s departure and my period of mourning, wishing to express the complexity and the reality through seventeen photographs …

… ‘Seventeen’ symbolises the junction between the material and the spiritual worlds (H.Blanquart). With its multiples, 17 also alludes to the admirable ‘sacred words’ of sacrament, according to Saint Augustine and the canonical balance, according to Gâbir ibn Hayyân. Written as a Latin number XVII, we have the anagram VIXI which means “I have lived”.

Mourning is a corridor – a passage-way that joins life to death, that commands acceptance of the loss and the hope that all is well in the ‘great beyond’. It is a moment that is terribly intimate yet shared by all. The photographs are mine inasmuch as they represent truly how I ‘see’ things. The photographs are moving, double prints that allowed me to bring out my search for meaning and underline how fragile this can prove. They finally clear up and point to appeasement.

However, there are some symbols in Man’s history and civilisations where I feel there is some fraction of a universal Truth, not only mine, but shared, like tombs, religious signs, earth, trees that together symbolise how the visible and the invisible co-exist, and point to cosmic regeneration. The road is the route we must follow. The bridge the mythic frontier stands exactly at the centre of the series and it is symbolism is inspired by Freudian psychoanalysis, viz., the path back from Death to Life, and in reverse from Life to Death.

Water is the vital element, the original matrix that regenerates and purifies in the concept of many civilisations; it has become an object of worship and pilgrimage in Hindu religions, also a symbol for Death in Ancient Egypt and for the Celts where the deceased was placed in a boat. A fish, rising from the deep waters, is a major baptismal sign for Christians, representing wisdom, rebirth and perpetual cycles for the Hindus.

Finally we come to the photograph of the bird, flying alongside us, a symbol both of our souls escaping from the bodily cage (represented by the rectangular object), and a celestial messenger bringing Peace to men. The bird closes the series in a meaningful manner. Directed to the left, the bird’s flight seems oriented to the past, recalling my Mother’s soul. My belief today is that her final resting place is me.

Many thanks to Alan Rodney for the english translation. 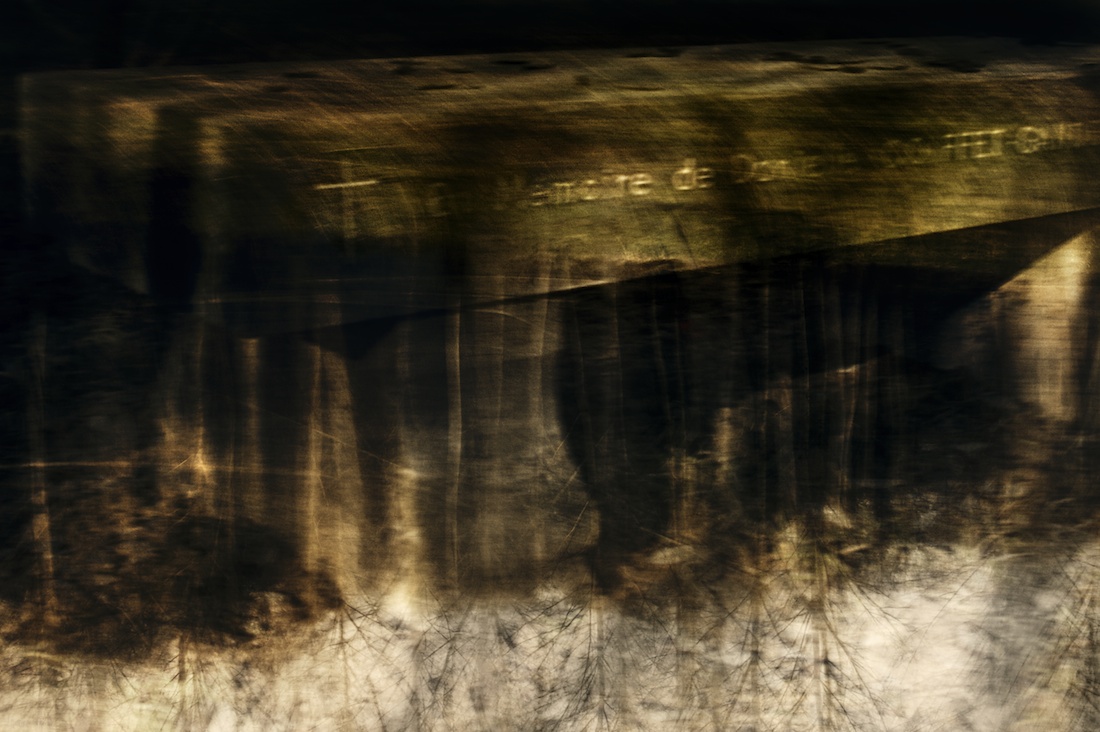 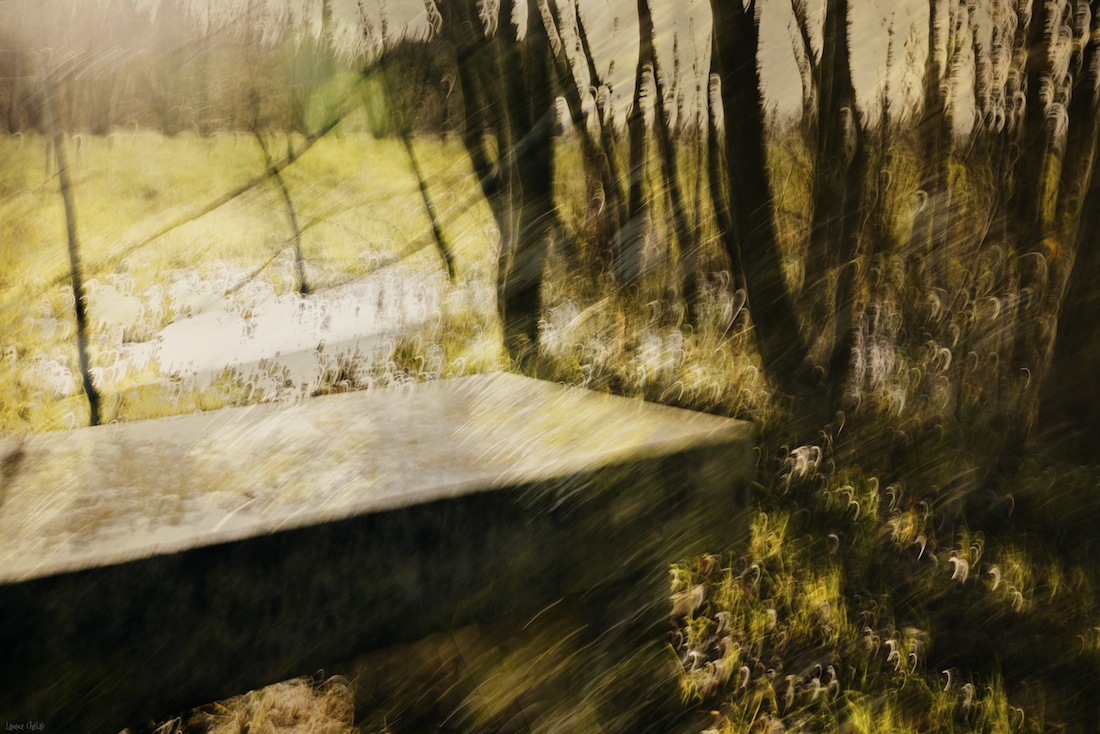 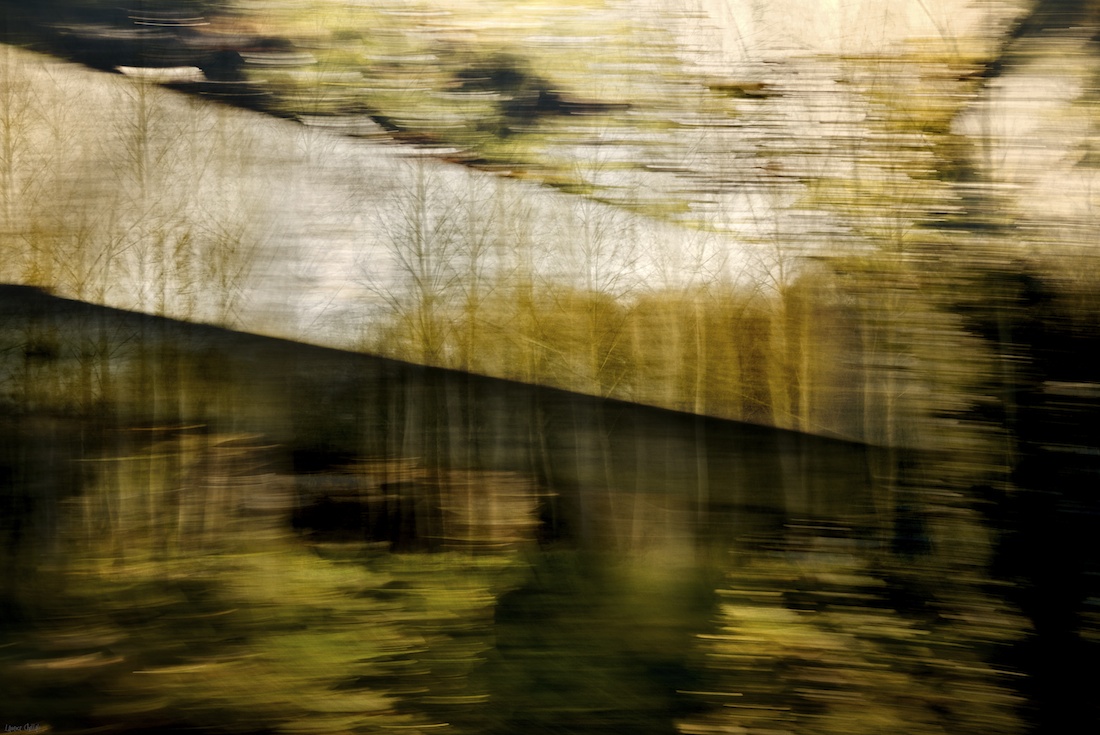 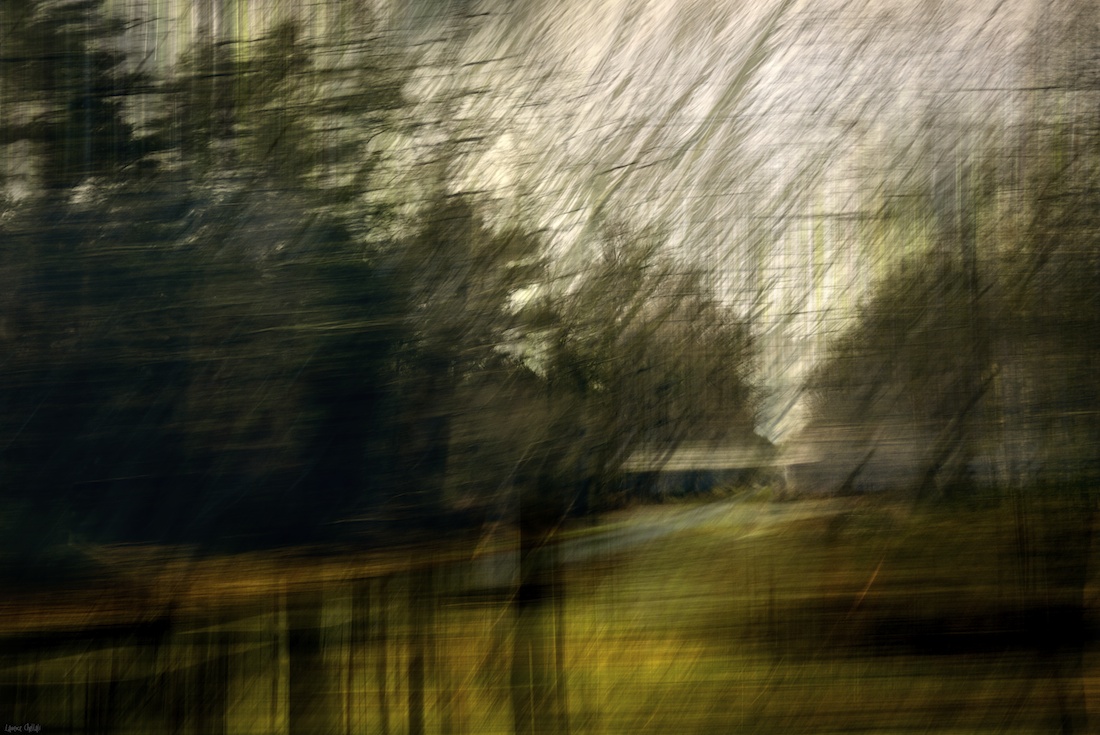 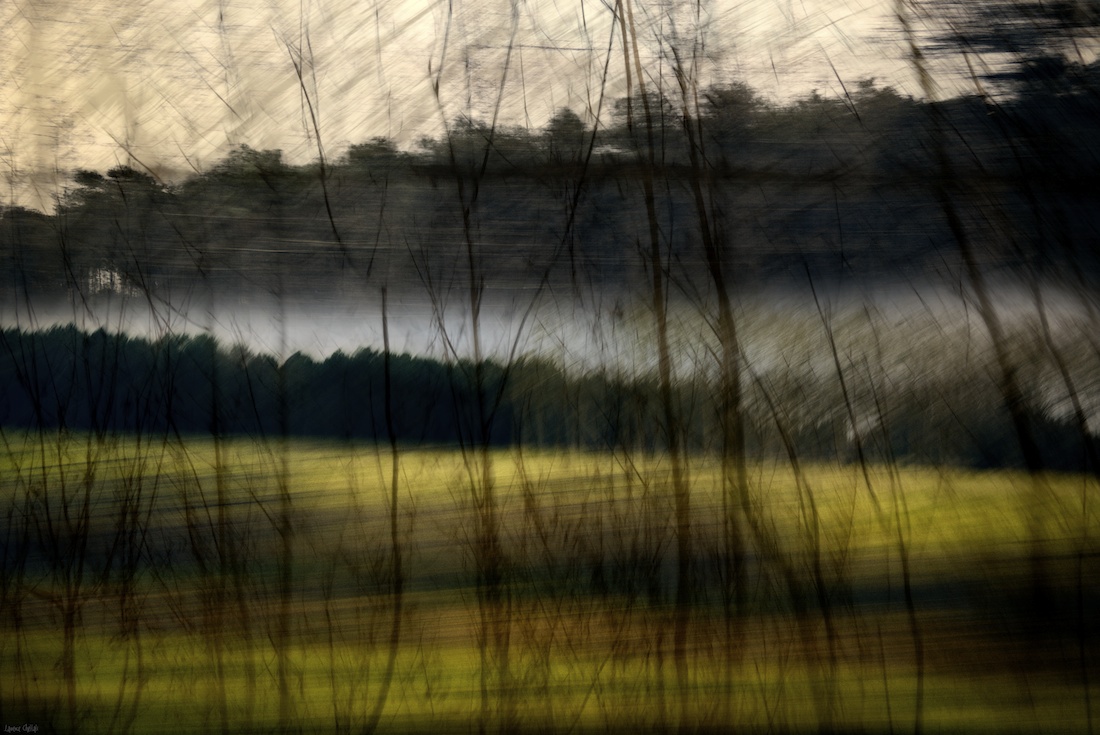 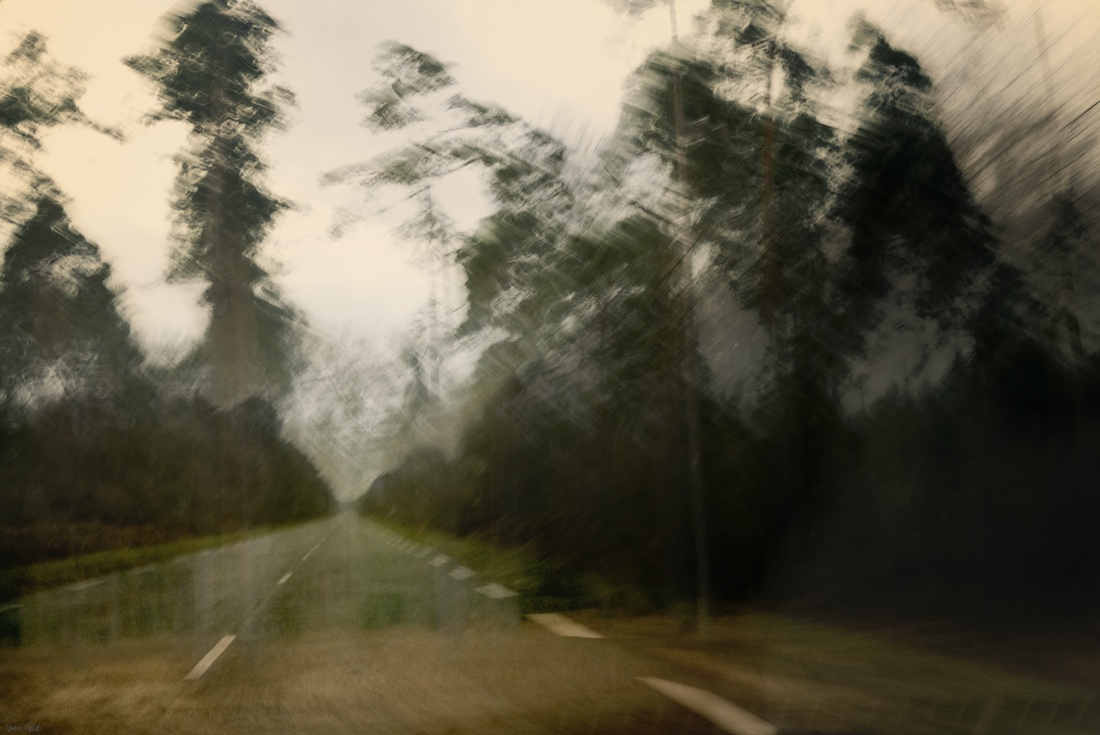 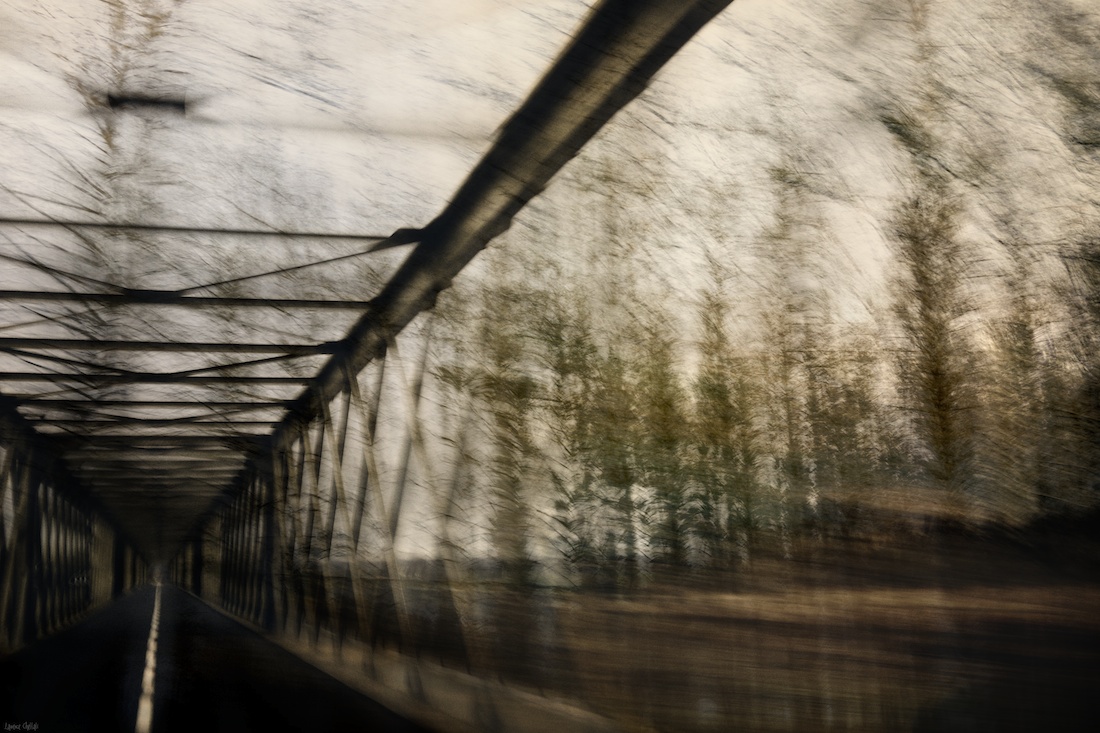 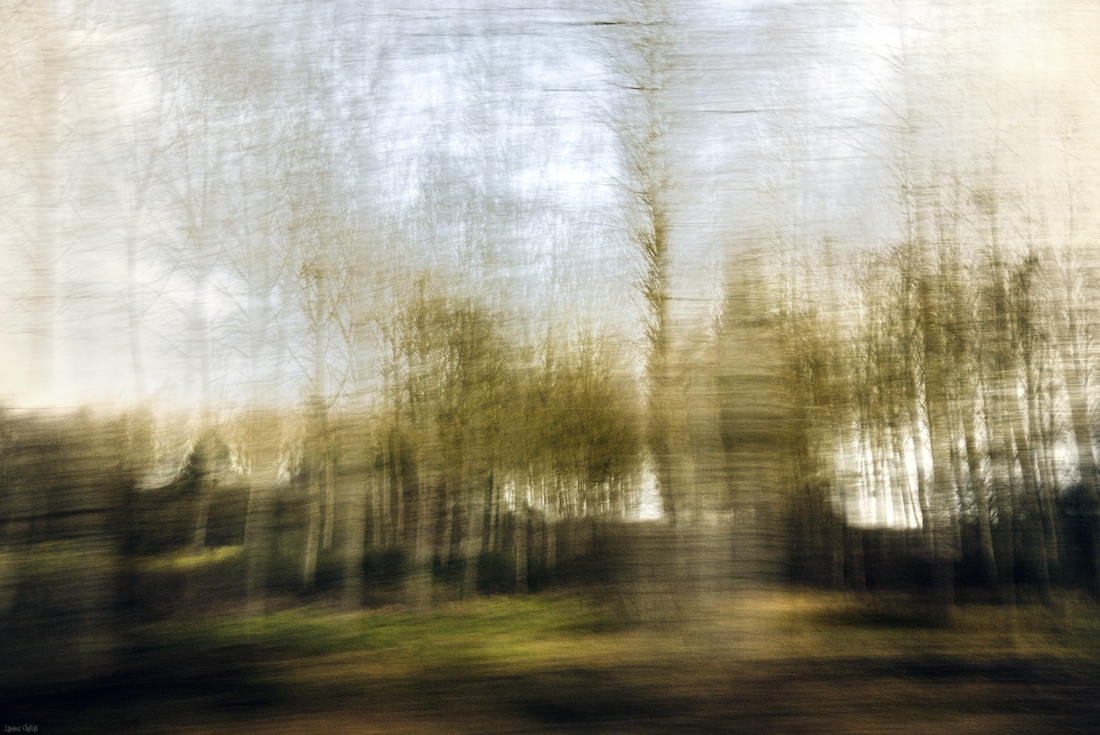 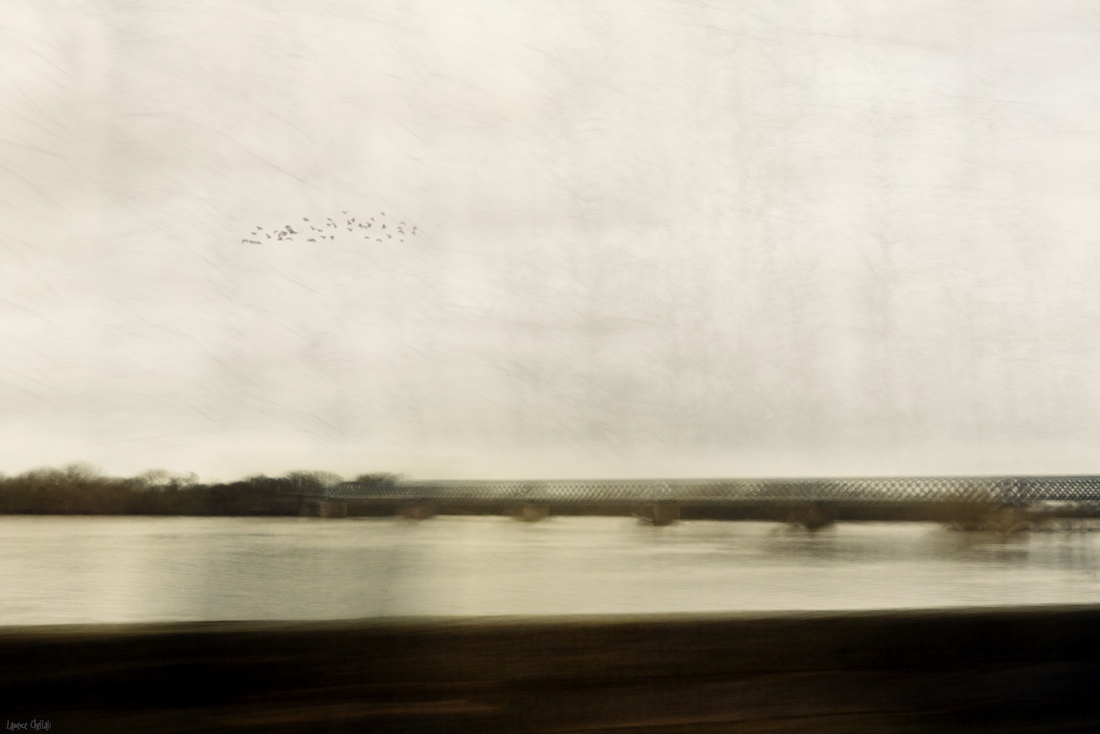 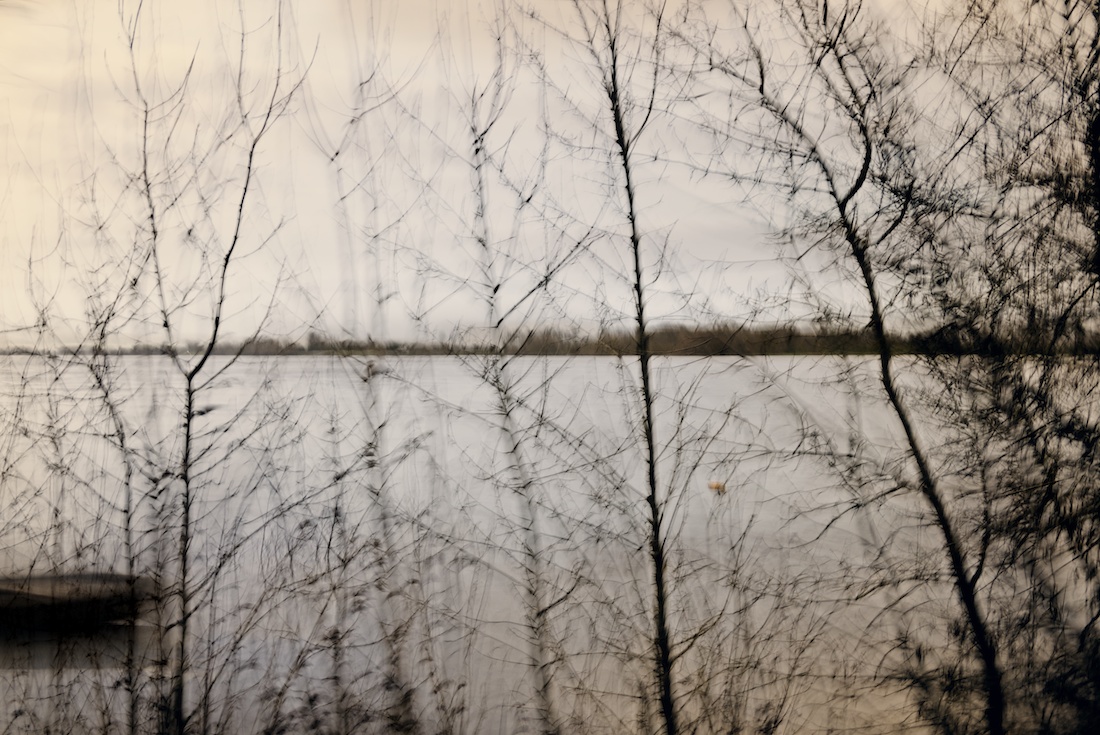 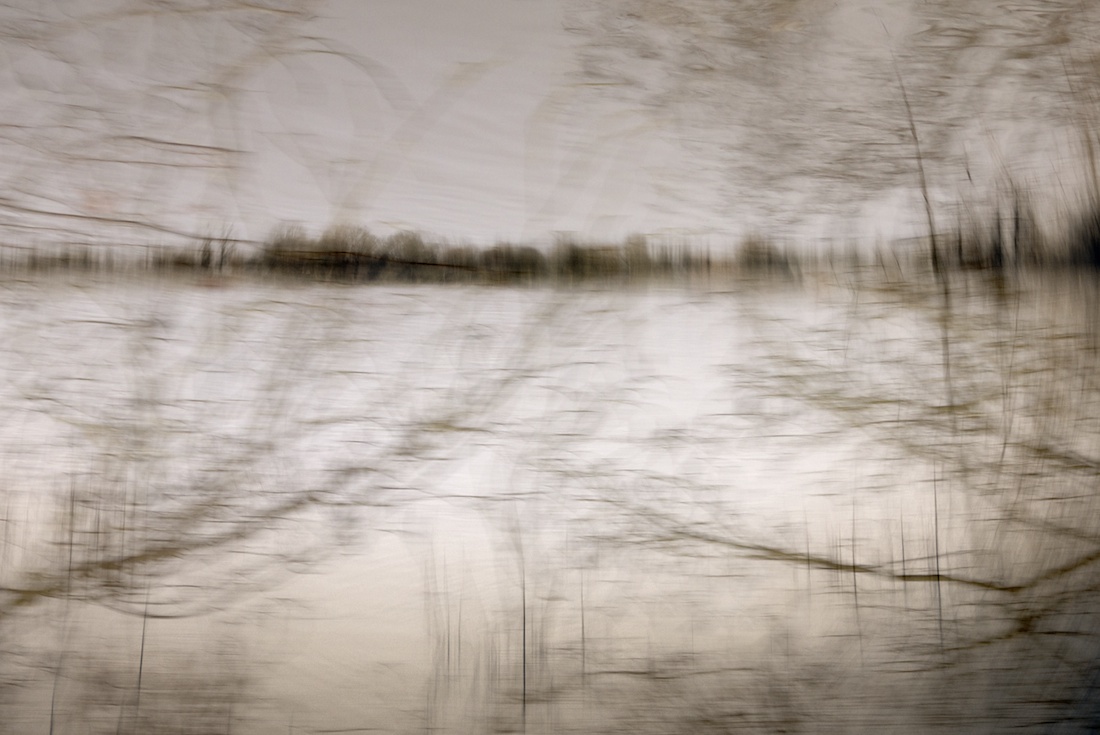 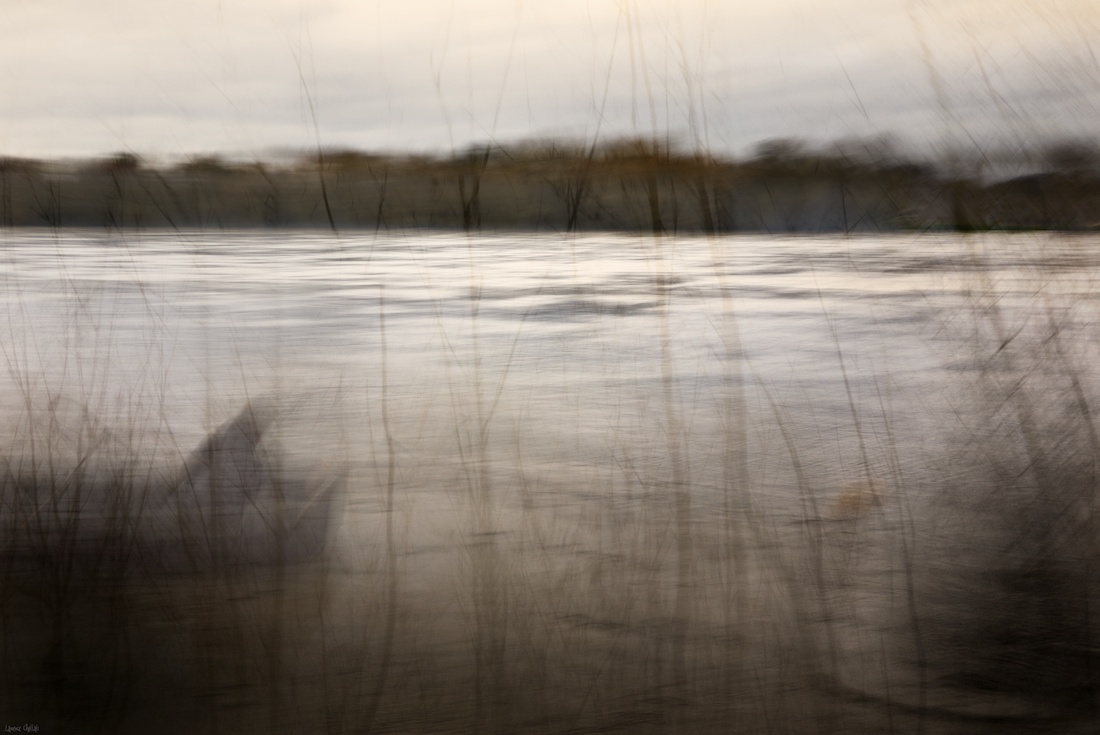 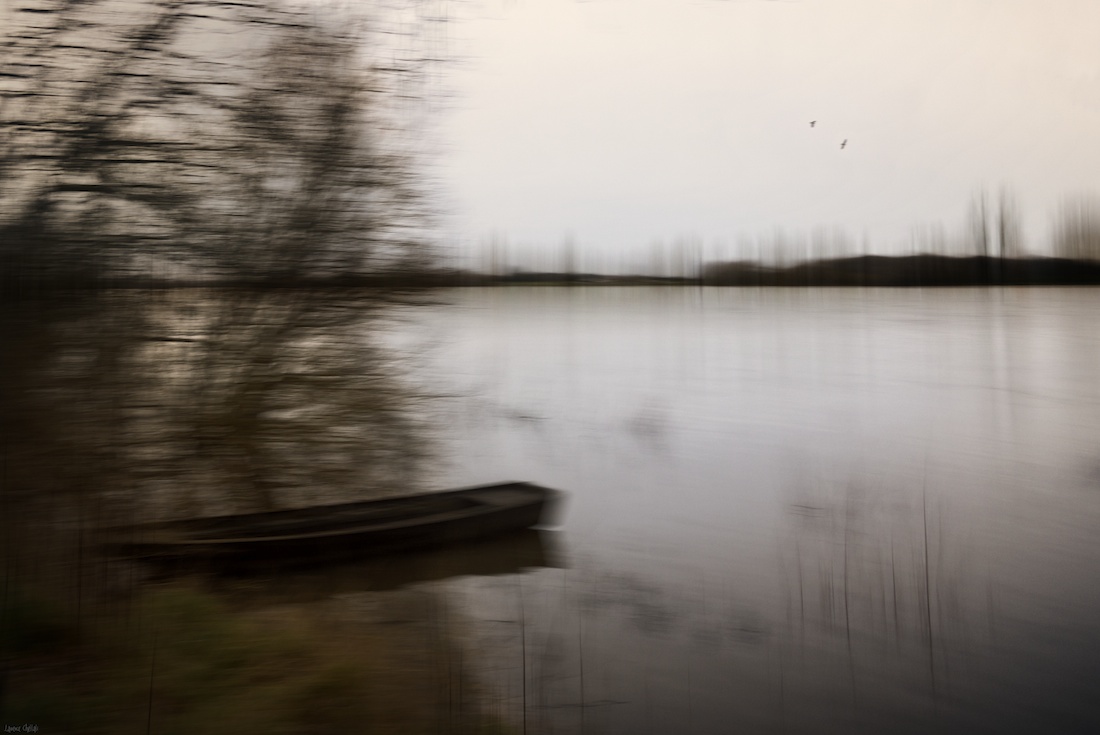 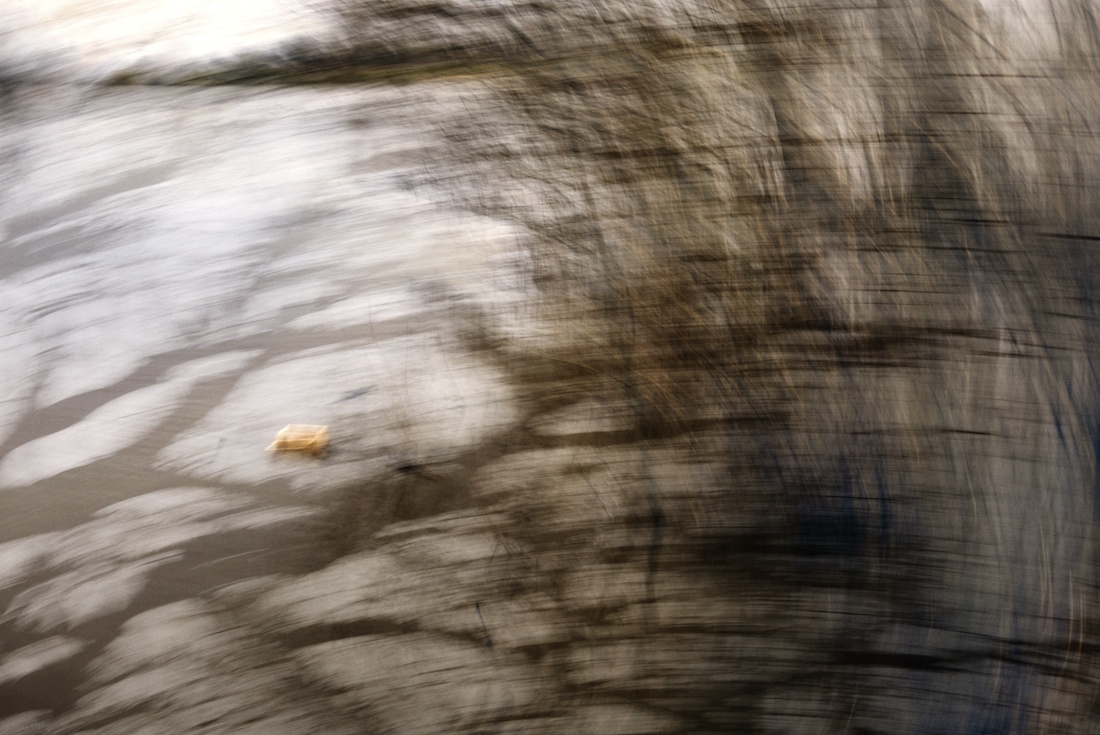 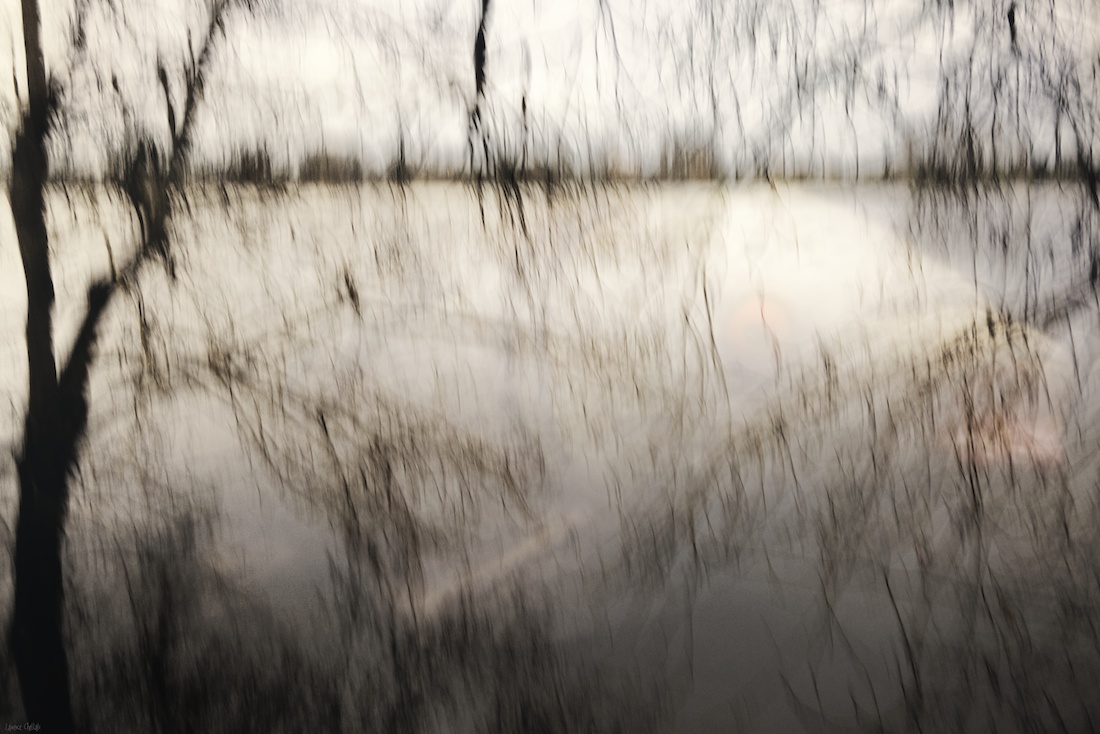 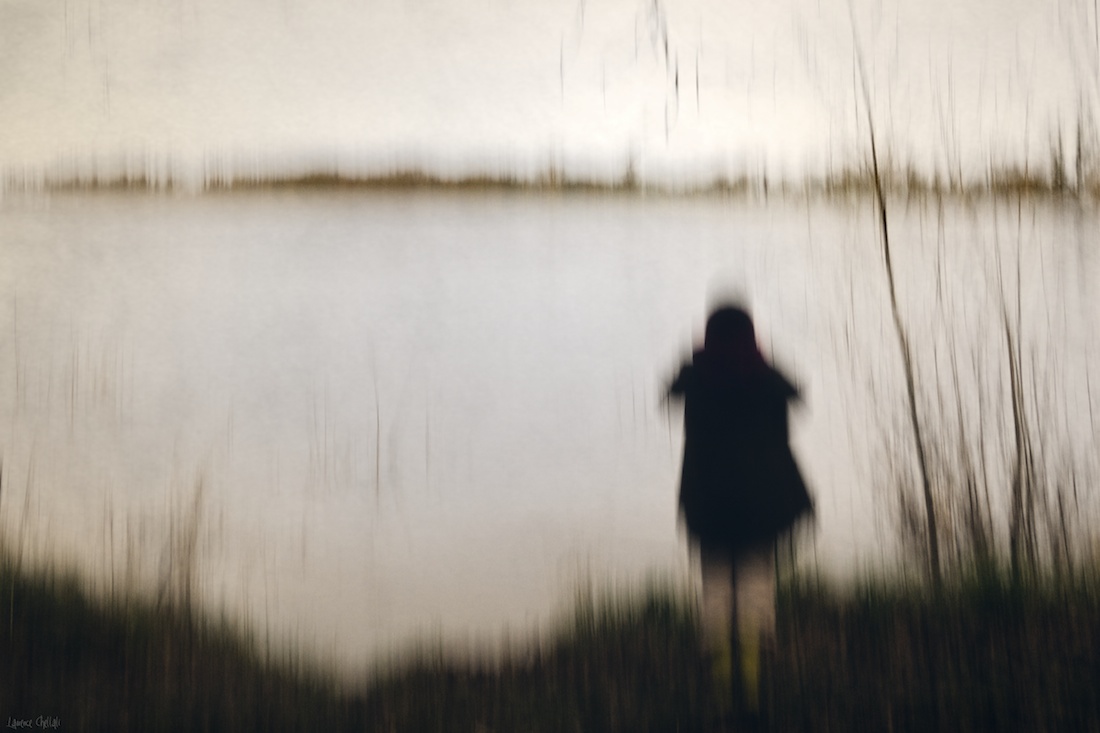 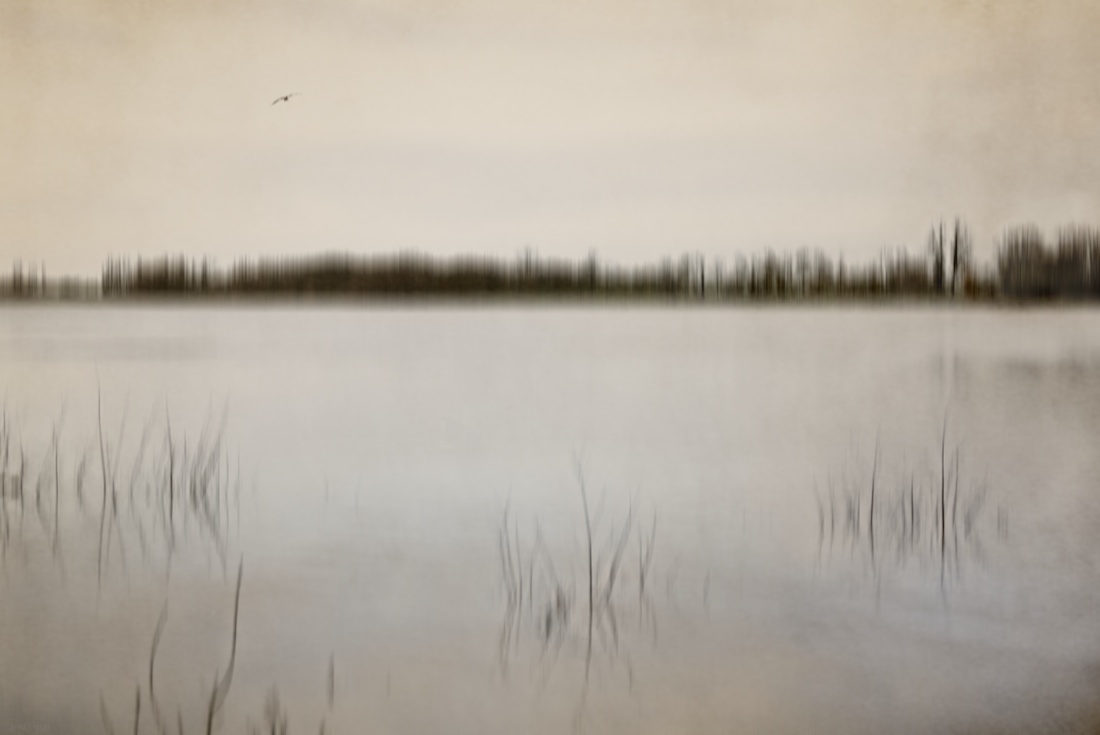